Skip to content
Incident 142 of 28 November
At just before 12.30pm today, 28 November, the resident of a home in Denewood Way, Kenilworth disturbed a male offender in their home.  The offender quickly ran off, out of the house and made his escape.  Nothing was stolen. The Police Helicopter was deployed to asset in locating the offender
Incident 317 of 27 November 2013
During yesterday afternoon, 27 November, a male called at the home of an elderly person in Amherst Road, Kenilworth and stated that he had come to collect money for a mattress that had been ordered. 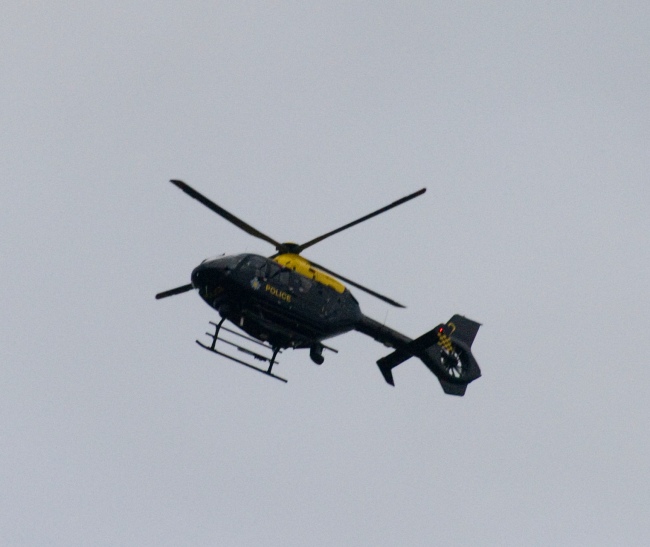 The Police Helicopter seen over Knights Meadow estate responding to Incident 142 that took place earlier today (28 November) and mentioned above.