Wednesday late afternoon/early evening (30 December 2009) saw the latest of a number of recent visits by Police Officers from Kenilworth’s Safer Neighbourhood team to check vehicle speed. Officers reported that the majority of vehicles were travelling within the 30 mph speed limit. Some vehicles were stopped and advice was given. The recent community speeding initiative that has been carried out by volunteers has highlighted Windy Arbour (near Seekings Drive) as being one of the most important areas that vehicle speed needs to be checked, some vehicles have been measured as doing between 40 mph to 60 mph.

Consequently, the Safer Neighbourhood Team are focusing on the area. Crown Watch welcomes this as although it may appear that the number of vehicles being actually stopped is low this is viewed as positive as it indicates that Windy Arbour is getting a name for itself amongst drivers that speed checks are common. This deters vehicles from speeding which is the outcome we all want. 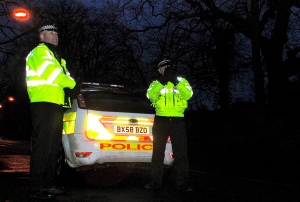