Warwickshire Police Officers in the nearby Rugby area have been out speaking to people about the current legislation surrounding the Coronavirus. They noted that there are a few people out visiting friends and family who aren’t vulnerable or in need of care and when asked why they are doing this they said it’s because they are bored etc. Everyone spoken to by the police regarding this took their advice on board and were asked to go home to protect themselves and others in the community.

The police also seized a Ford Fiesta in the Brownsover area of Rugby after the driver attempted to get away from them. He later admitted that he didn’t have insurance, a driving licence, tax or an MOT which expired in October 2019 and he was reported to court.

A police patrol then seized a Vauxhall Astra on Oliver Street in Rugby after they discovered the driver’s insurance expired in December 2019, he was  reported to court.

The driver rammed the police vehicle whilst a police officer was at the driver’s door attempting to stop the car from driving off. The Golf was then pursued out of Ryton onto the A423. The driver of the Golf then crashed and attempted to run off but was arrested nearby. 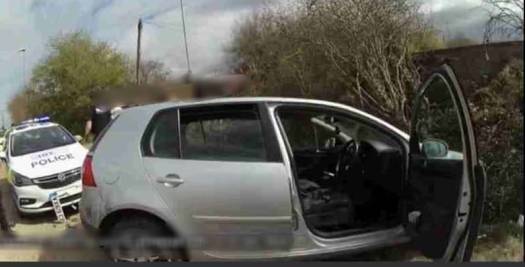 Anthony STEPHENS (37), of an address in Birmingham, has since been charged with dangerous driving, driving whilst disqualified, possession of cocaine and driving without insurance. He has been remanded in custody to appear in court tomorrow.

We hope that this demonstrates that our police are not just encouraging members of the community to comply with the emergency COVID-19 regulations but they continue to deal with crime and criminals.